In November 2019, BRATECC participated at SpaceCom 2019, America’s Commercial Space Conference and Exposition in Houston – Texas, where NASA, and technology industries come together to connect space technologies to business innovation. BRATECC and SpaceCom inaugurated a promising partnership, with the support of the Consulate of Brazil in Houston, which was sealed with the presence of Brazilian Minister for Science, Technology, Innovation and Communications, Astronaut Marcos Pontes, as a speaker at the Global Spaceport Alliance (GSA) Summit.

In its 5th Edition, SpaceCom aims to address the strategic issues in the commercial space sector that will enable businesses to set a clear course to gain competitive advantage in the coming trillion-dollar space economy. Concomitantly, the Global Spaceport Alliance (GSA) Summit and the Alliance itself have the purpose of developing extensive expertise in people and resources in the growing commercial spaceport arena while providing spaceport stakeholders with the information to develop, fund, build, and operate their facilities and integrate into the developing global spaceport network.

Minister Marcos Pontes addressed the GSA plenary and spoke about the Brazilian space and science projects, including the Alcantara Base Project (Centro de Lançamento de Alcântara – CLA), in Brazil. As a NASA trained astronaut, Ministro Pontes was happy to be back in Houston and to network with peers at SpaceCom and GSA Summit. According to BRATECC’s Executive Director, Cid Silveira, the presence of Minister Pontes was a stepping stone for Brazil’s participation next year, “especially now that Alcantara’s lease project was approved by the Brazilian Senate”, he added. 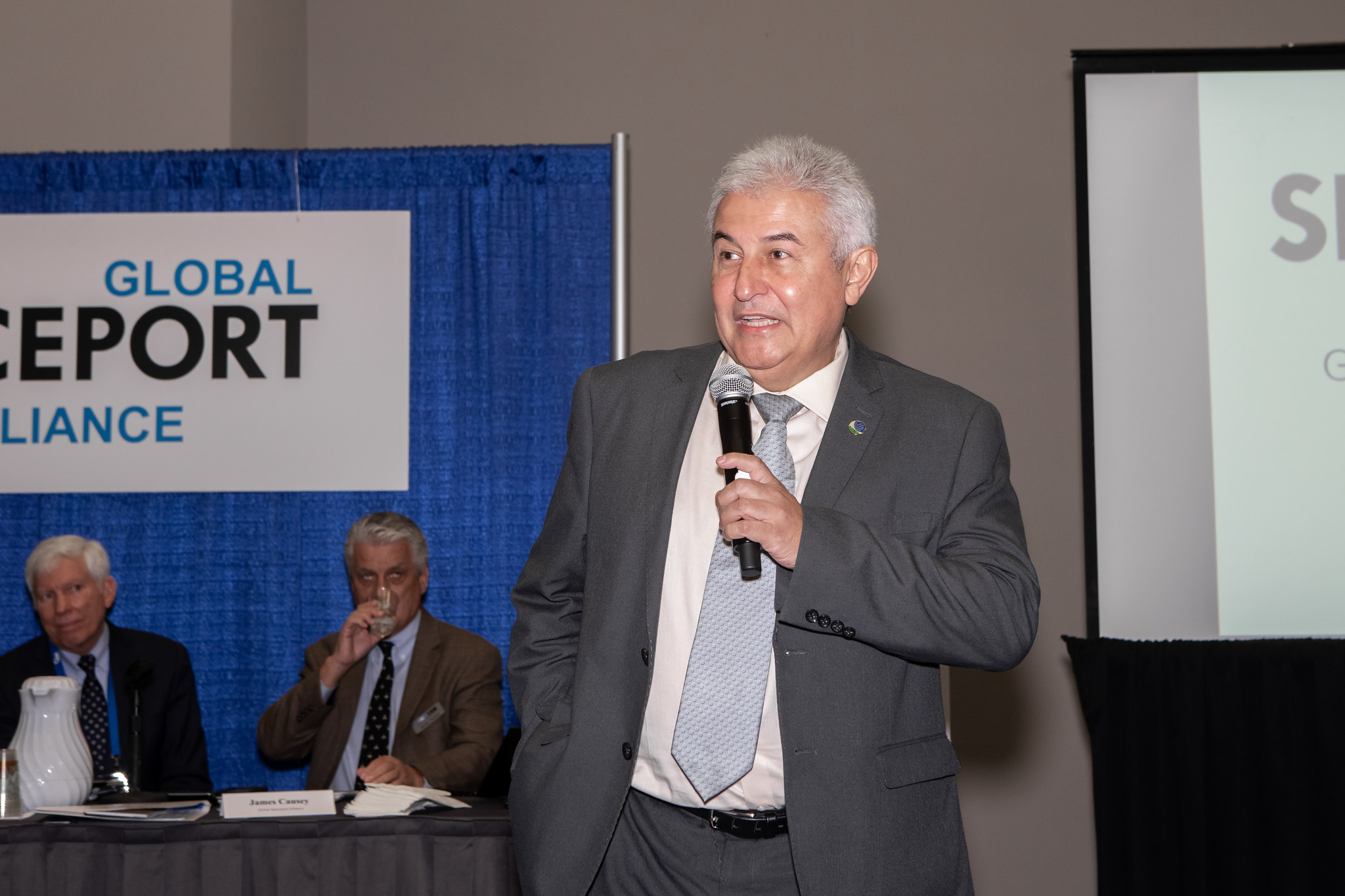 Minister Pontes also gave BRATECC the honor to be a Guest Speakers at our traditional Fall Business Mixer at Fogo de Chão Steakhouse, which took place on November 19th, 2019, when BRATECC also celebrated its long-term partnership with the U.S. Commercial Service - ITA.

BRATECC is proud of its participation at the GSA Summit and SpaceCom and is excited with this new partnership. We thank the Minister for Science, Technology, Innovation and Communications Astronaut Marcos Pontes for his visit. Stay tuned for the news to come!