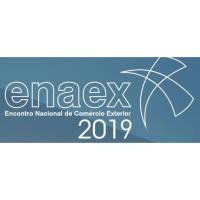 The decision makers in Brazilian trade are present at this event. A booth participation at this event would put Texas interests at the center of the U.S.-Brazil trade relationship, building on the successful visit to Texas by Pres. Bolsonaro in March 2019.

To encourage U.S participation, the organizers have reduced the costs of an exclusive booth space to $8,500.  And, Americans no longer require a visa to visit Brazil, facilitating travel.

Interest in this event is building up steam as we have estimated 6,000 visitors and scheduled participation of:

* President of the Republic Jair Bolsonaro

As you know, the globalization of markets was one of the changes that has marked  foreign trade. New frontiers emerged and world trade, involving goods, services and investments expanded, initiating new concepts, regulations, and rules, and creating new challenges for business and managers of foreign trade.

The Brazilian Foreign Trade Association promotes its traditional National Meeting on Foreign Trade (ENAEX) to discuss, analyze, and generate proposals for the competitive and sustainable expansion of the sector.
The meeting brings together representatives of the entire business chain of international trade and government through speeches, debates, panels, and roundtables on the principal current themes.

The central theme of ENAEX 2019 is “Productivity and Competitiveness in Foreign Markets.”

This event is going to be held at
the Sul America Convention Center in Rio de Janeiro, RJ - Brazil.