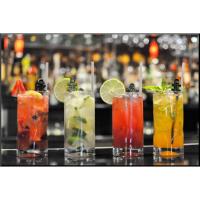 On November 19, 2019, Brazil Texas Chamber of Commerce hosted its Fall Business Mixer at Fogo De Chão Steakhouse. BRATECC's mixers happen quarterly, however, this edition was more special because we celebrated BRATECC's 18th Anniversary and formed a long-lasting partnership with the U.S Commercial Service, a division of the International Trade Administration in the U.S Department of Commerce.

The celebration had many special guests, with some flying in directly from Brazil. The speakers for the night were Minister Marcos Pontes - Ministry of Science, Technology, Innovation and Communications of Brazil, alongside Nyamusi K. Igambi - Director of the U.S commercial Service in Houston.

The Consul General of Brazil, Ambassador Jose Borges dos Santos Junior, was joined by Mr. Jagdip Ahluwalia - Executive director of Indo-American Chamber of Commerce; Dominic Sun - Port of Houston; Filip Vandenbussche from Port of Antuerpia representing Port of Açu; Carla Lacerda - President of ExxonMobil Brazil; and Mr. Daniel J. Brassil - Assistant Planner of the City of Houston. Also in attendance were colleagues from the Brazilian Consulate, and other business leaders/members of BRATECC, who enjoyed the cocktail while networking in a relaxed environment with light refreshments and drinks. 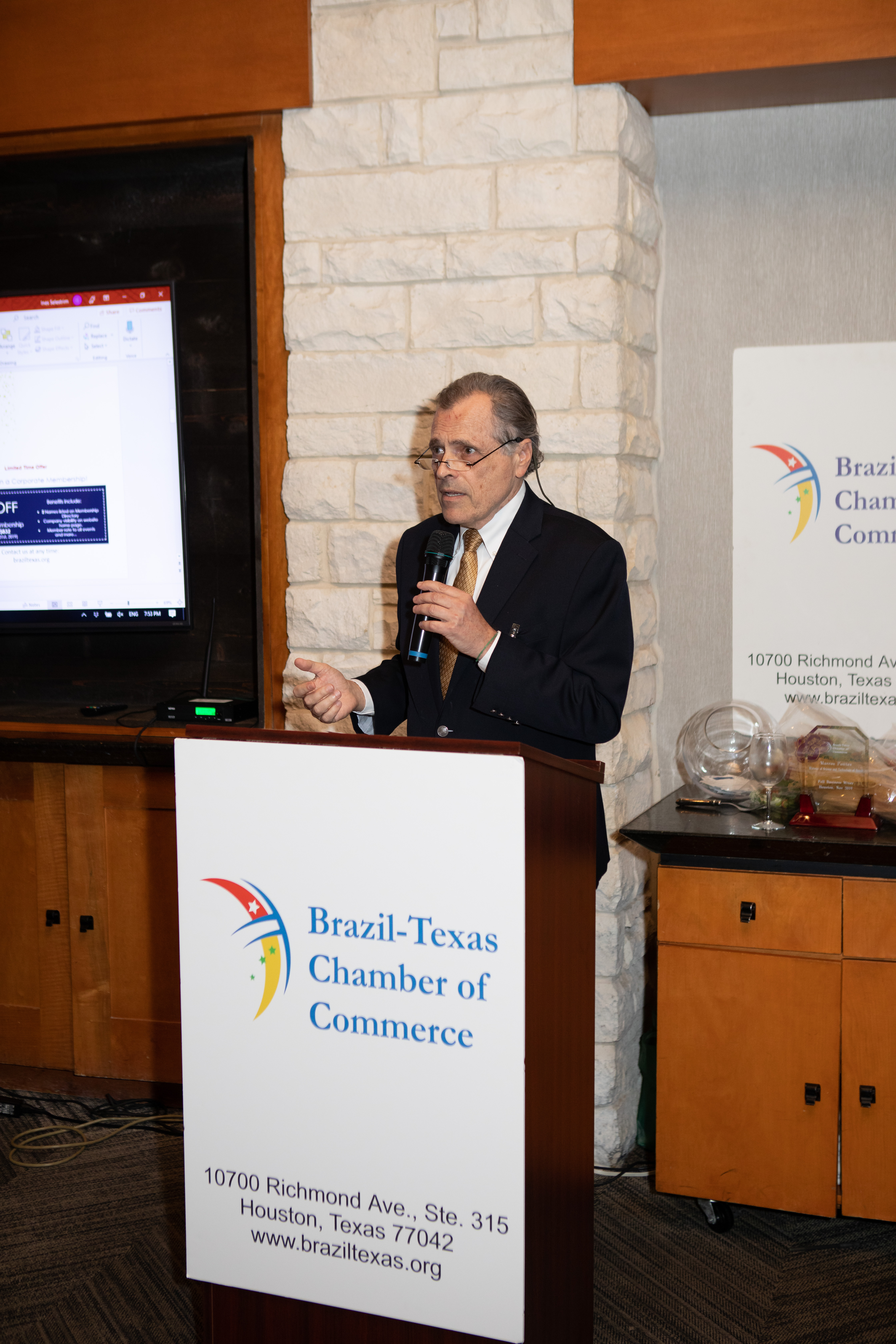 Towards the end of the night, Executive Director of BRATECC, Cid Silveira, took the stage to welcome and thank everyone for participating at the event. Director Nyamusi Igambi then spoke about the long-lasting partnership with BRATECC, and the future benefits of the partnership, which has the goal of improving trade between Brazil and Texas. Director Igambi thanked BRATECC for the event and for its efforts in bringing Brazilian businesses to the U.S.

Following that, Minister Marcos Pontes presented our guests with an inspiring speech about the challenges faced by Brazil and the U.S., and the challenges he has faced both as an astronaut and as a Brazilian Representative. Minister Pontes reflected on how challenges shape who we are and ultimately improves us as people and country, quoting JFK's famous speech about choosing to go to the moon as simply a challenge to overcome. The Minister shared how happy he was to witness the formation of the partnership between BRATECC and the U.S. Commerce Service.

Closing the event, honorary gifts were given to our special guests. In addition, a raffle for Fogo de Chão gift cards took place as a "Thank you" to our guests for attending the event.

We thank all who joined us at our Fall Mixer. We sincerely hope to see YOU at our next event where we will stay committed to bringing businesses together and foster strong relationships between Brazilian and American Businesses.

Click here for more photos of the event: http://bit.ly/2OVTREL
Sponsored by: 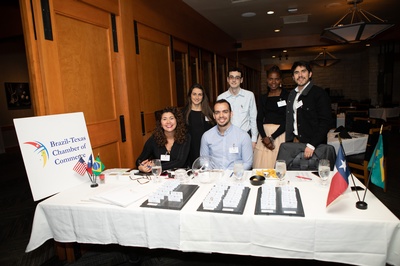 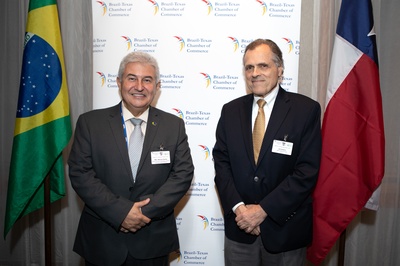 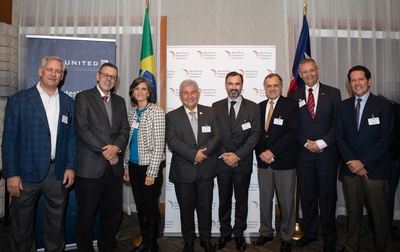 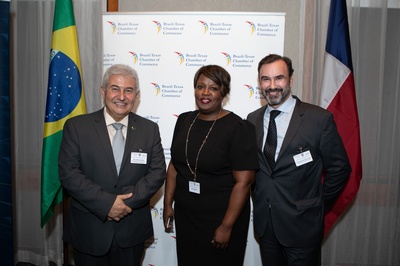 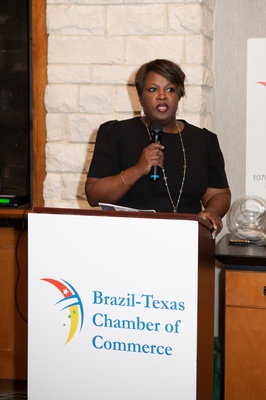 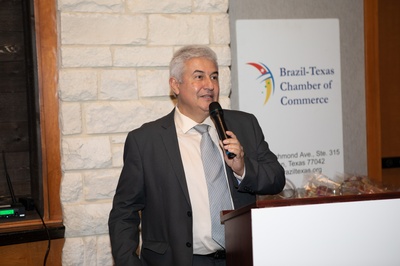 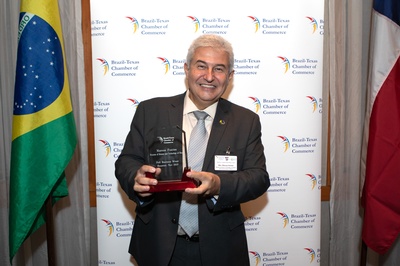 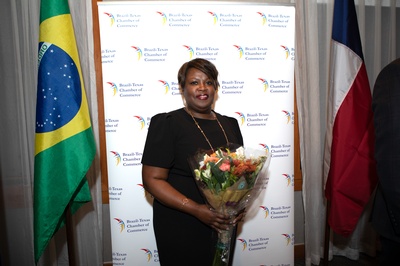 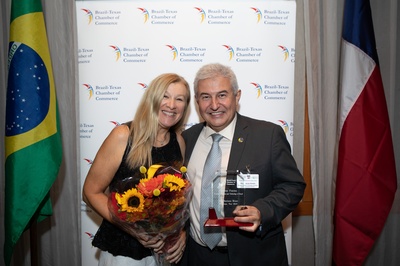 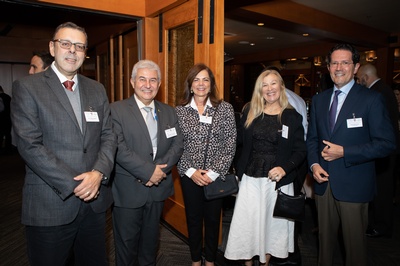 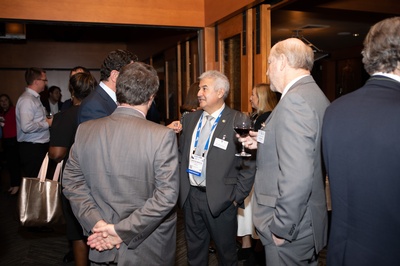 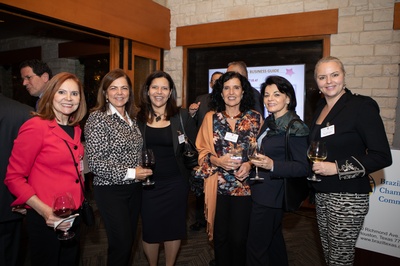 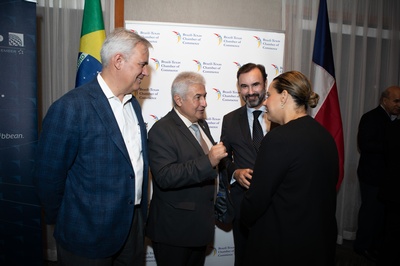 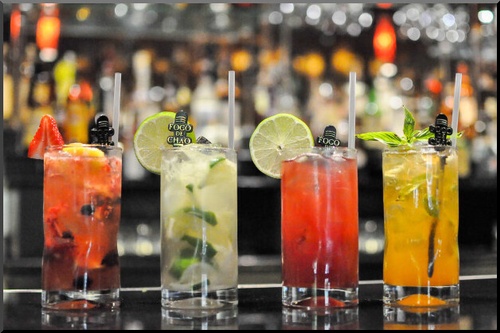