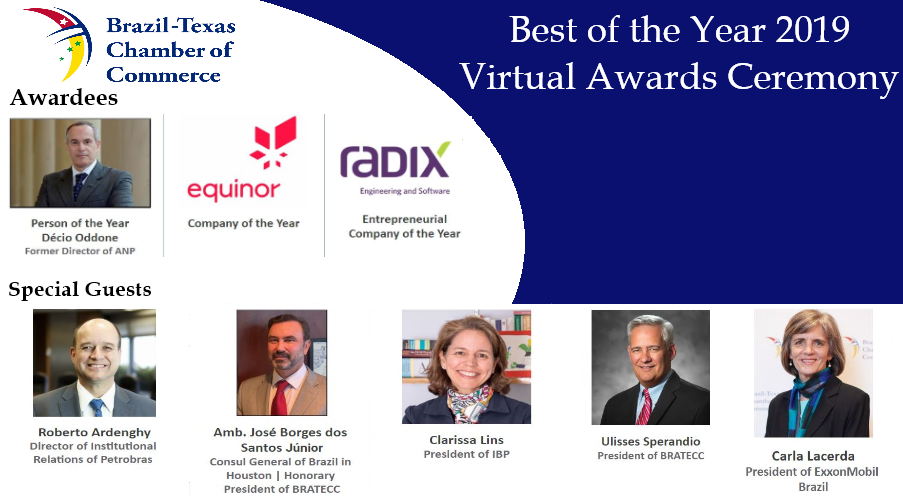 If you missed this remarkable event, please make sure to click on the image above to watch the event.

On June 24th, 2020, Brazil-Texas Chamber of Commerce celebrated the second edition of its Best of the Year Awards Ceremony. First held in 2018, the annual event aims to honor the person, and the companies that have shown outstanding performance in the political, economic, and social scenes in Brazil and the US, as well as have promoted the interchange between the two nations. In this year's edition, which was celebrated online due to government restrictions related to COVID-19, the event also honored the a new category, the Entrepreneurial Company of the Year.